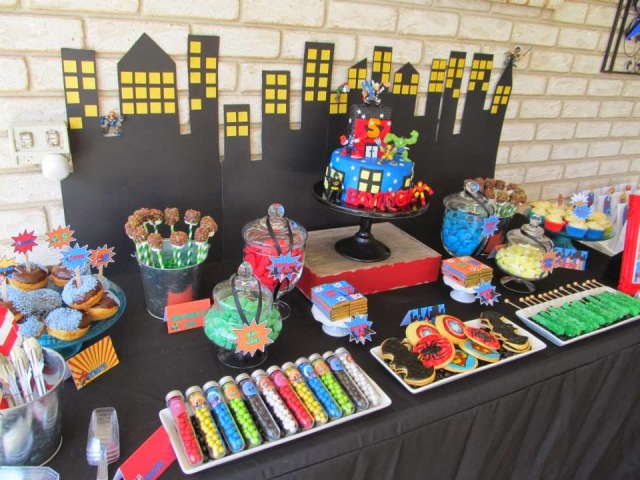 Isabelle from Barbe a Papa sent in this super cute Superhero party as told by Isabelle “My son is crazy about anything superhero, so his party had to be all about them!
The cake was made by the very talented Renae form All that Cake and it was just amazing, the cookies were made by the equally talented Sasha from Cake’n it and I’m glad I managed to try one as the were delicious and gone so fast. For the party favours my beautiful friend Ann from Nanny Annys Taggy and burpers made me some crayon rolls for the kids, we also had superhero fads, superman Pez dispensers, bubbles and other sweet treats.
We had a smashing game that consisted in smashing ice cream cones in the fastest time possible with giant Hulk gloves, the boys absolutely loved it and wanted to smash more after the game was over!
I also set up a superhero in training station with blank mask to decorate! We had some very creative masks!
The boys were also able to dress in different costumes, and had a fight between villain and superhero with silly string guns. It was a great fight and my garden looks like a rainbow garden now!
The dessert table had all my son’s favourites : cupcakes, donuts, cake, lollies, chocolate bars, marshmallow pops, cookies… Everything was just delicious and the party was a real success!

You can buy the honeycomb balls, The Test Tubes, the Rock Candy Swizzle sticks from The Little Big Company 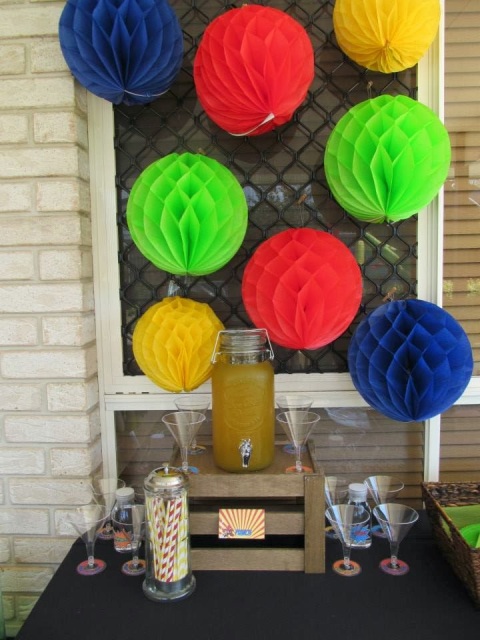 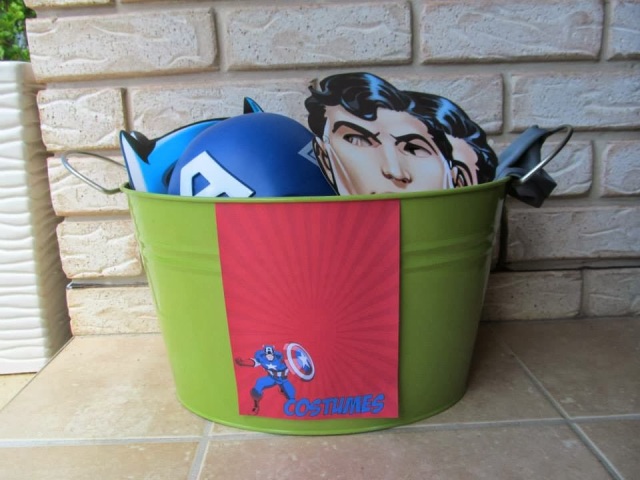 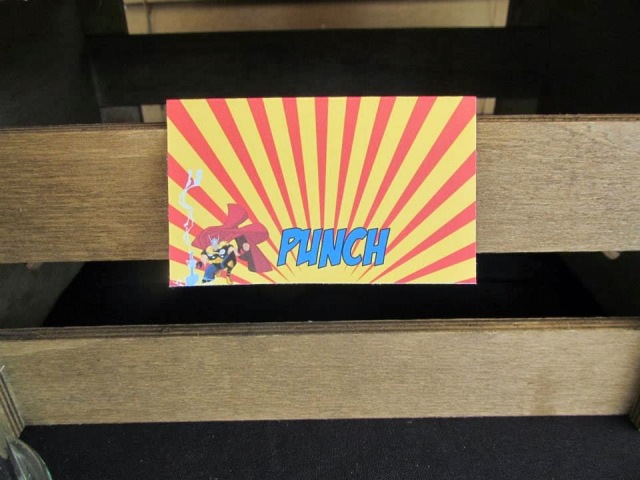 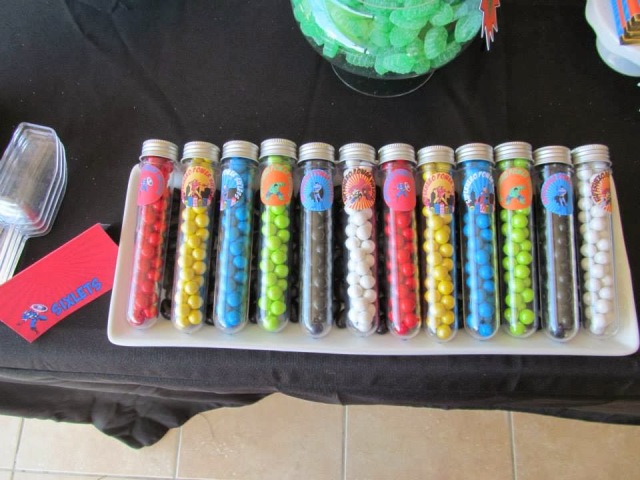 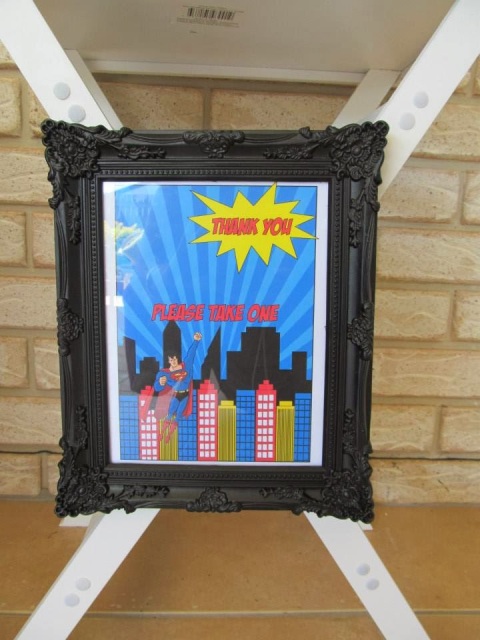 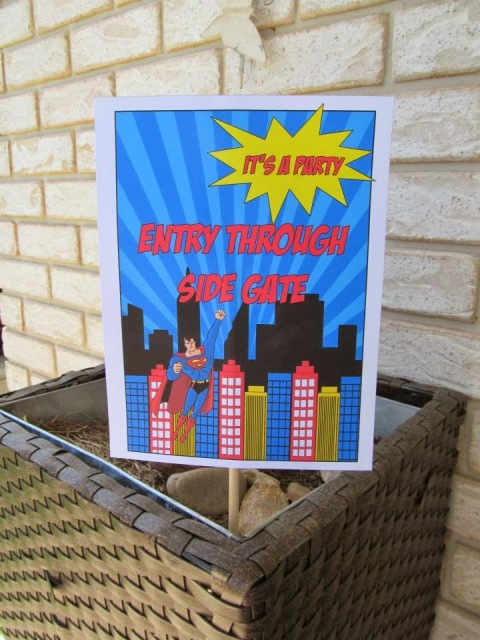 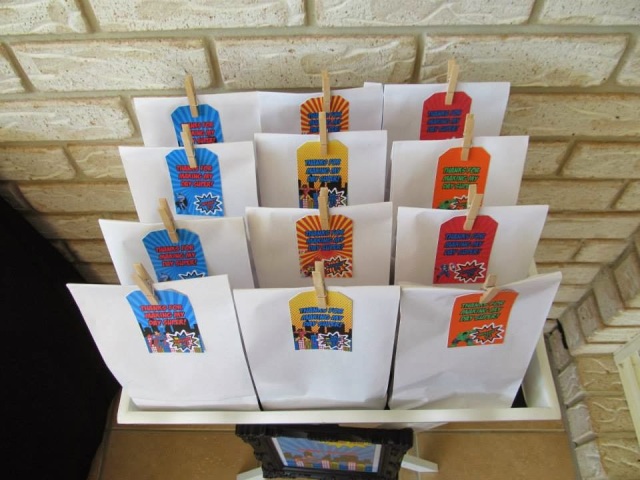 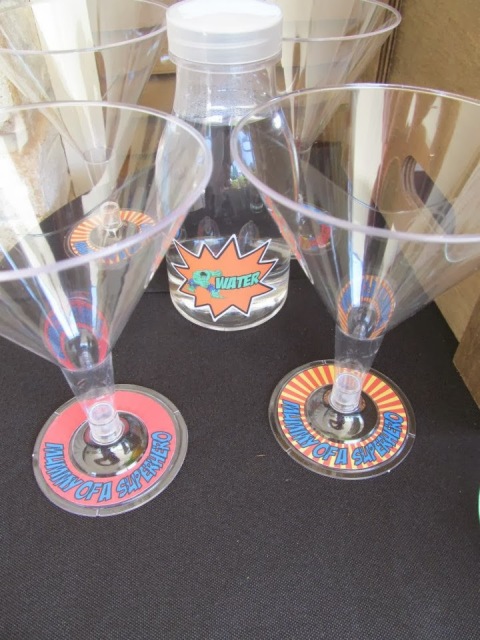 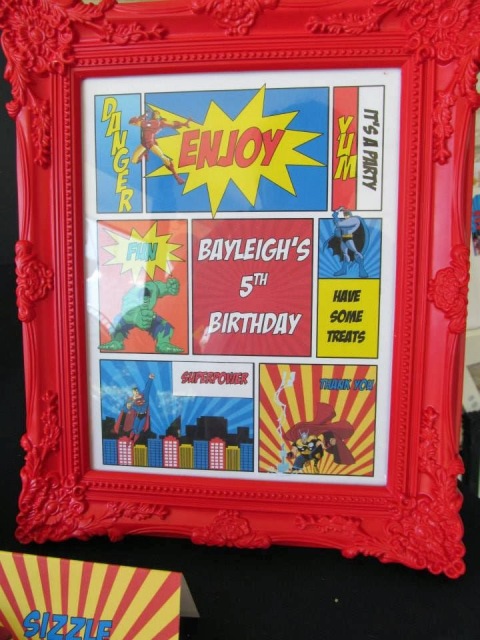 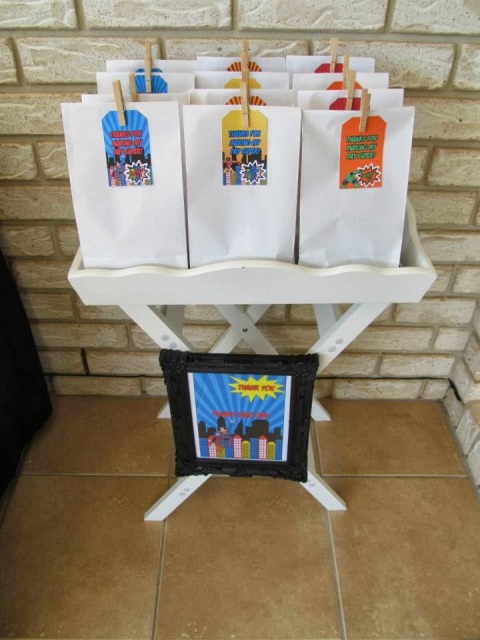 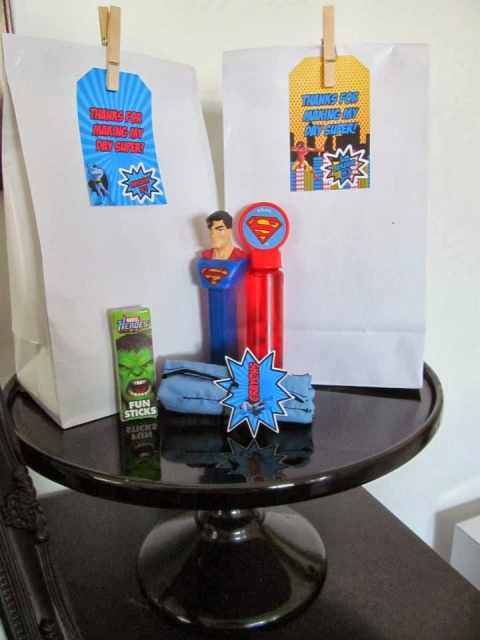 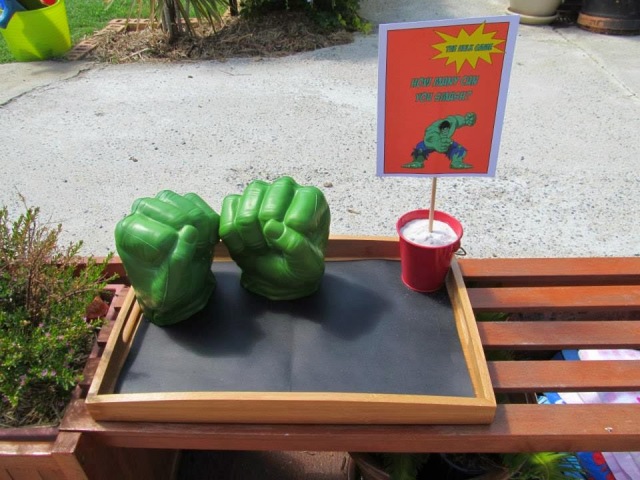 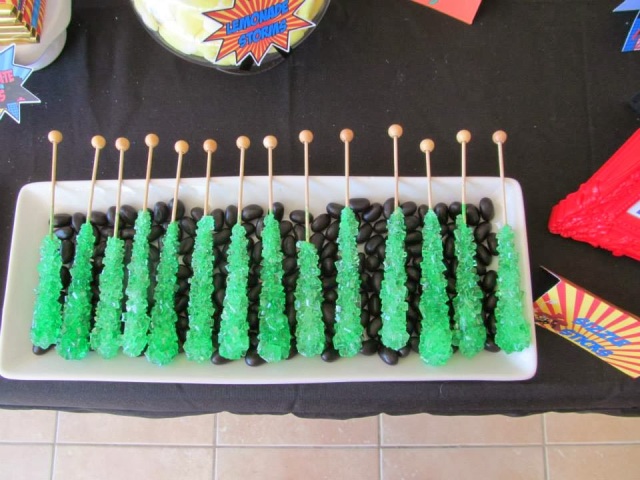 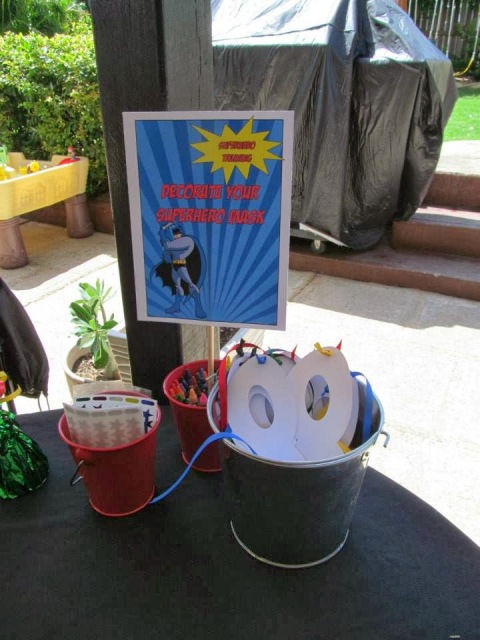 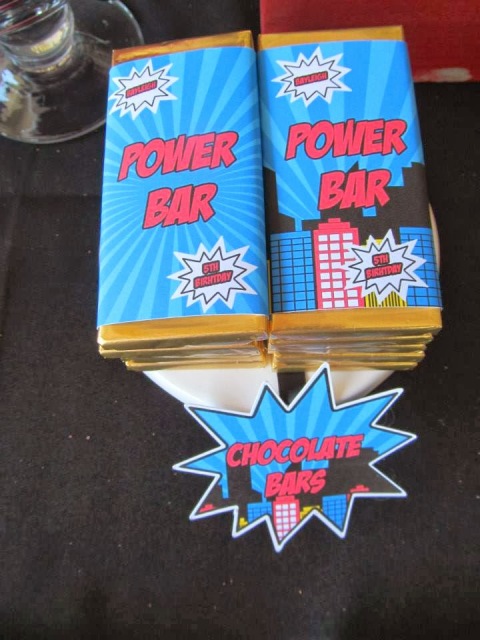 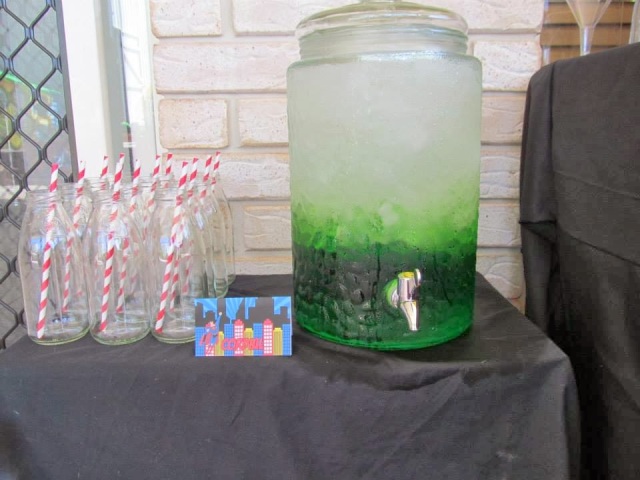 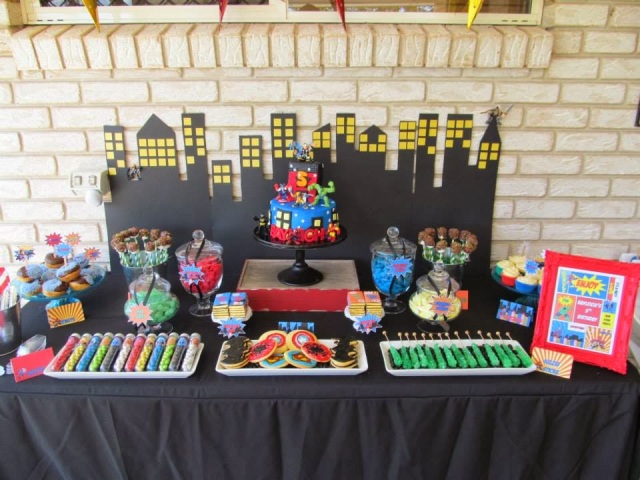 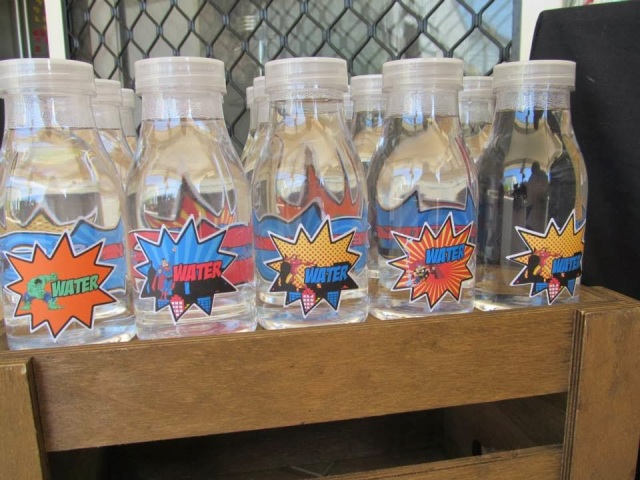