Chic Style Events submitted this fun Bah Humbug table, as told by the lovely ladies ” we decided to have a pre Christmas get together and there are definitely some Christmas Grinch’s in the group so we thought it would be fun to create a “Bah Humbug Table”.The toys and treats have run amuck while the adults and children have gone to sleep and this is the result. The toys have taken offence to Elf on The Shelf invading their home, and have taken him hostage. The gingerbread people have decided to jump in the hot tub and one has decided to get drunk in the eggnog. As a result, some underpants have gone astray so the Elf on the Shelf has got it’s revenge by hiding the evidence. Oh, and the cookies have just realised they aren’t there to just sit and look pretty, but they are there for Santa’s enjoyment so they have nominated who should be the ‘chosen ‘one. Elf on the Shelf has also been having a great time, however he can’t handle his alcohol, and has been found planking on the letterbox. Disclaimer: No animals or toys or cookies were injured during the creation of this table, however one cookie was enjoyed by Santa very much :)”
Credits for the table are as follows :Macarons – Her Macarons Backdrop – Style me Gorgeous Cupcakes – Jane’s Cake Cottage  Cake Pops – The Cakepop EmporiumFace cookies – Kaza’s Kookie Creations Black Stands – Leo and Bella Clear Cake Stands – Sweet Style 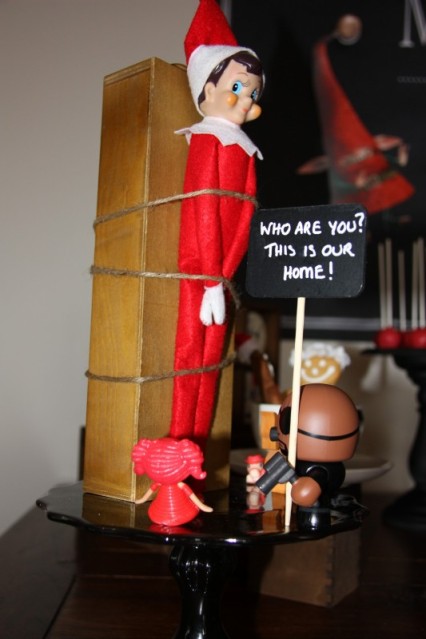 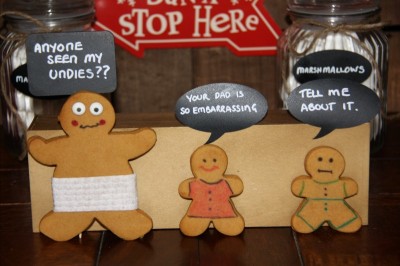 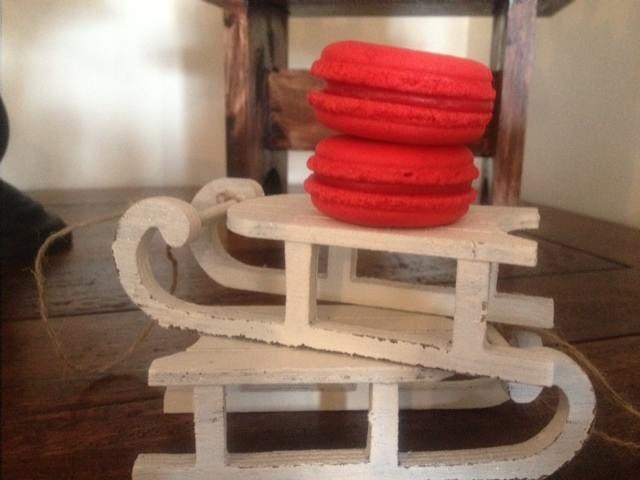 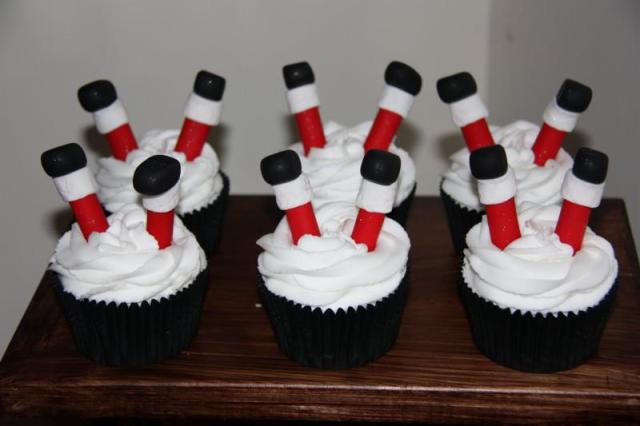