Jodie-Lee from Lee Girl Pretties sent in this very very cute “The Little Pigs” party she held for her daughter, I love all the sweet details, the cake and the macarons – CUTE! — as told by Jodie-Lee…

“We chose the theme of ‘Three Little Pigs’ because of Kirbys love of Walt Disneys Silly Symphony – The Three Little Pigs…and because she was also turning three. We had a dress especially made for the day by Lisa from Audrey Elizabeth ( http://www.facebook.com/AudreyElizabeth2012?ref=ts ) which featured fabrics with a little pigs print on it.
Her birthday gift from us, which also featured on the sweets table, were three handmade little pigs (that matched the graphics used on the printables) and were made by Janine from Neeny Beans
( http://www.facebook.com/neenybean )
The cake was made by myself, with the little pigs figurines made by my brother-in-laws lovely girlfriend. The table featured pink vanilla slice, choc caramel pies aka ‘pigs in mud’, vanilla cupcakes topped with piggie cupcake toppers, pink jelly pots (with the pots from The Little Big Company ) and also some very special custom made ‘maracon pops’ from Andres Macaron ( http://www.facebook.com/AndresMacaron ).
There was also jars of lollies for the guests, little and big, to help themselves too. The little guests of the party decorated pink MDF pigs, played a little game of ‘pin the hairbow on the piggie’ and had some fun with bubble wands. They also recieved a customised thank you chocolate bar and a thank you favour bag. Along with a few sweets and a piggie topped pencile from Smiggle, the girls recieved handmade hair ties for their ‘piggie tails’ and the boys recieved sports whistles. All printables and decorations were made by LeegirlPretties 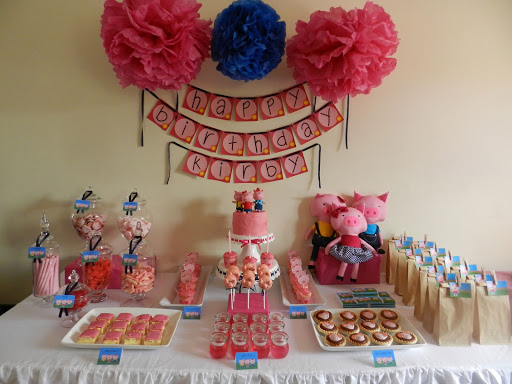 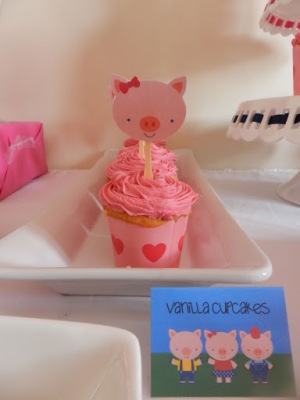 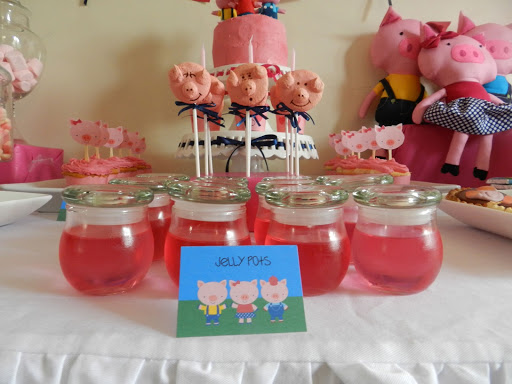 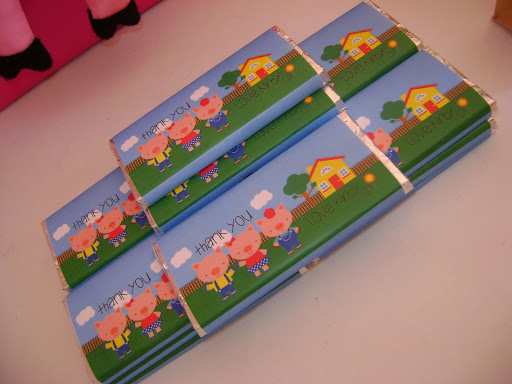 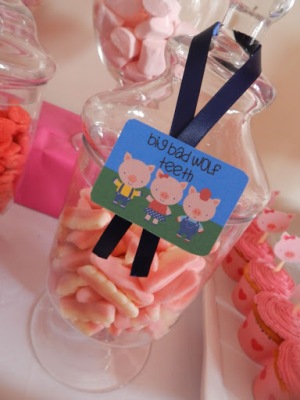 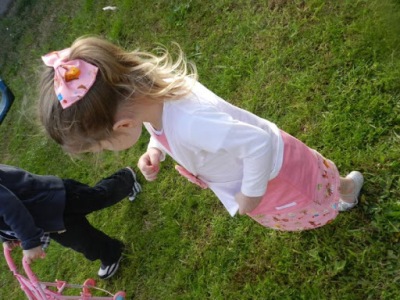 One thought on “"The Three Little Pigs" Themed party by Leegirlpretties”